Where can I see the Redwood Trees?  Red Wood trees in California

Redwoods are a species of tree most commonly found on the western coast of America, specifically in California.  Seeing the giant redwoods in California is an amazing experience.

California giant redwoods are known to be some of the oldest and largest living organisms in the world.

Red Wood trees of California – These are the best place to see redwoods in California. 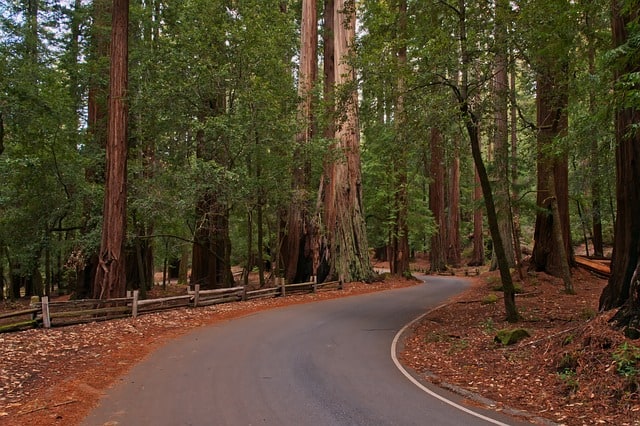 Where are the biggest redwoods?  Visit the California Redwoods

Where are the largest redwoods located?

It is common for Redwoods to measure 300 feet or taller, the average height is around 240 feet. The tallest Redwood ever measured was an astonishing 380 feet – taller than the Statue of Liberty!

Wondering where are the biggest redwood trees are located?  The best redwoods in California are in the southern part of California.

Chandelier Tree – the best place to see the giant redwoods

Located in the Drive-Through Tree Park in Legget, California.  The drive-through tree in redwoods.

The Chandelier Tree is a 276-foot Redwood tree that has a 6.9 x 6 feet hole at the base, allowing for vehicles to drive through the tree. The name comes from the abnormally large branches balanced on either side of the trunk, which uniquely resembles that of a chandelier.

The land that the Chandelier tree sits on was bought in 1921 by a dairy farmer and his wife. In 1937, they had the hole carved into the tree with the intention of it being a unique attraction to the park. Interestingly enough, the tree is actually 33 feet shorter than what the sign indicates and during the summer months, over 500 cars drive through the tree each day! 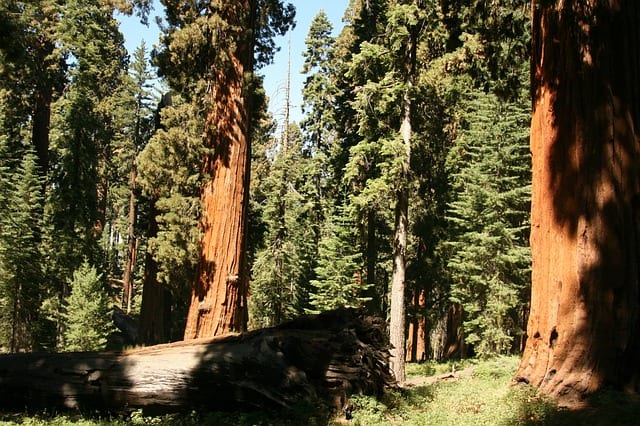 The park is a big tourist attraction within California, known for their groves of large Redwood trees. In fact, in 1931 the park was named as a state park in order to preserve these trees. Every Saturday afternoon, the park offers a guided hike of the park through the protected Redwoods. This is an opportunity for visitors to gain a greater understanding into the importance of Redwoods, and why it is important to preserve and protect them. These tours, also provide an up-close look into the beauty of these uniquely large trees. 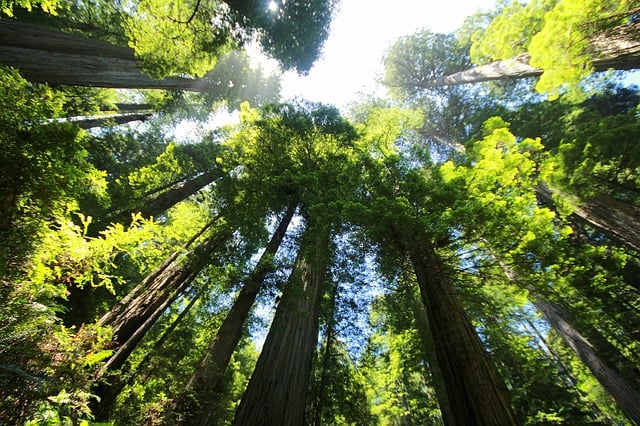 Humboldt Redwood State Park is home to Rockefeller Forest; which happens to be the world’s largest remaining forest of coastal Redwoods. 17,000 acres of the 53,000-acre forest is comprised of these old-growth Redwoods. Among the park, there is a 32-mile long strip of Giant Redwoods. This makes it easy to see the trees from a car, rather than having to walk through a forest. Because of this, the Humboldt Redwood State Park is arguably the best place to see the Redwoods in the entire North West region. Specifically, if you don’t want to leave your vehicle. This park also includes some of the largest Redwoods in the world.

The Mariposa Grove located in the southern part of Yosemite National Park is the largest grove of Redwood trees in the park. 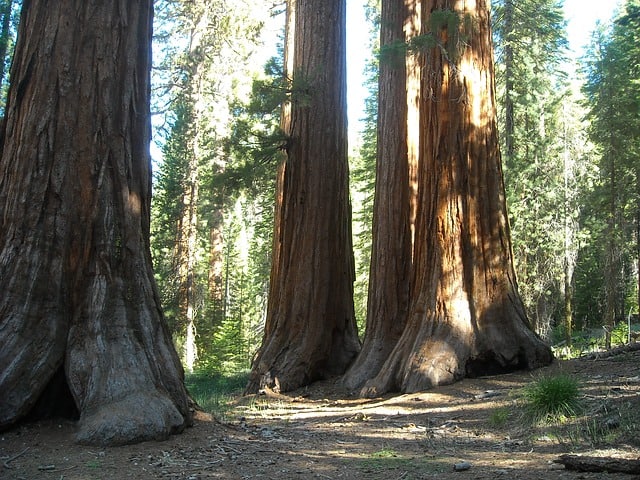 There are more than 500 hundred Redwoods in the area, 2 of which happen to be among the 30 largest in the world. The grove isn’t just home to some of the largest Redwoods, but also some of the oldest. It is easy to spend 36 hours in Yosemite and explore this beautiful park.

There are many trees in this area which are argued to be over 2,000 years old. There are also many fallen Redwoods that decades after their fall still remain in the park, including Wawona Tree “Fallen Tunnel Tree” which fell in 1969 during a snowstorm. The tree, in 1881 had a tunnel carved through the base to allow carriages and early versions of cars to travel through. The Wawona was the first to have this done which the Chandelier tree following its path decades later.

Mariposa is also home to the Fallen Monarch tree, a giant Redwood that fell over 300 hundred years ago but still remains undisturbed, due to the Redwoods resistant to decay.

Located in Tulare County California, about 125km east of Fresno. Sequoia National Park is well known for the vast number of Redwood trees located within the park. 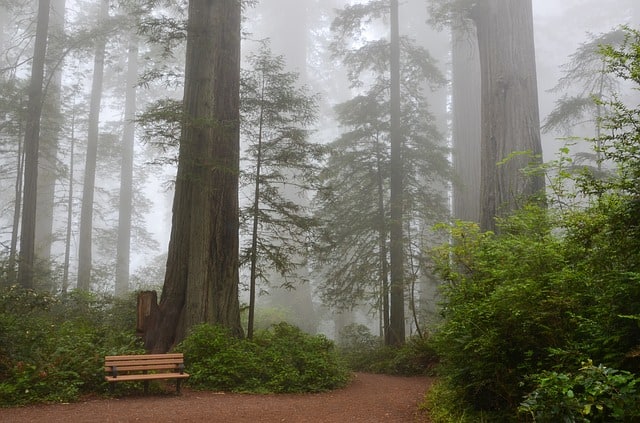 The park was established as a national park in 1890 to protect and preserve these trees as well as the other species of trees in the park. as opposed to the slim coastal Redwoods found along the Northern California coast, Sequoia National Park offers large trunked ginormous Redwoods. Although, these trees aren’t the only thing making Sequoia National Park stand out. The roaring rivers, stone canyons and ancient Redwood forest makes this park different from others on both a historical and aesthetic front.

Muir Woods is a national monument located 20km north of San Francisco, along the coast of California. The Muir Woods protects over 500 acres of land comprised of forest. Of that, 240 acres is made up of large old-growth coastal Redwoods. 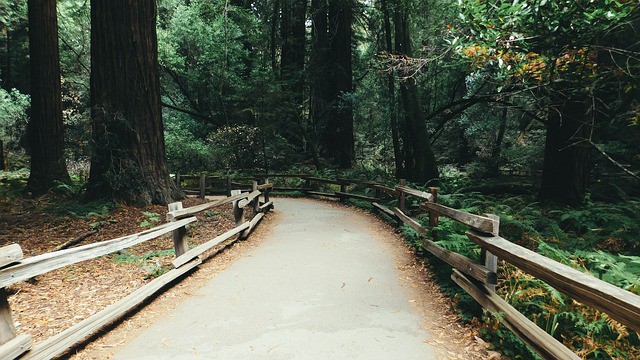 The land itself was privately owned by U.S politician William Kent who then donated the land to the state a year later in an effort to preserve and protect the Redwoods. Paved pathways through the forest make it easy and perfect to hike through the soaring Redwoods and immerse yourself into the rich history of these 150+ year old trees.

Located in Santa Cruz California, Big Basin Redwoods State Park is California’s first state park. Earning its place as a historical landmark within California. Comprised of over 18,000 acres of land, the park has one of the largest continuous groups of coastal Redwoods found in California.

With over 10,000 acres of old-growth forest trees, many of which happen to be coastal Redwoods. There are various walking trails through the park which takes you into the depths of the forest allowing you an up-close experience with the Redwoods, historic to California. Through the park there are also various waterfalls, canyons and wildlife.

Established in 1954, Henry Cowell Redwoods State Park is located just outside of Santa Cruz, California. The park is well known for the 40-acre grove of old-growth Redwoods. The largest tree in the park is approximately 270-feet tall as well as over 1,500 years old. There are many things to do at the park, including walking trails to explore the soaring heights of the trees, grass reserves to picnic and relax as well as the chance to physically walk into one of the trees. There’s even a swimming hole, The Garden of Eden, which provides yet another attraction to draw you into this beautiful national park.

Montgomery Woods is home to beautiful and majestic groves of Redwoods. In fact, at an impressive height of 367-feet, one of the Redwoods at the reserve was previously believed to be the largest in the world.

Montgomery Woods is also known for the 2-mile loop trail that goes into the depths of the forest and provides an experience unlike many others. It typically takes a few hours to complete and is recommended to only complete on days of good weather. The trail, is considered easy to complete as it is mostly flat with only a few slight inclines along the way.

Located along the coast of California, 180km south of San Jose is the Julia Pfeiffer Burns State Park established in 1962. 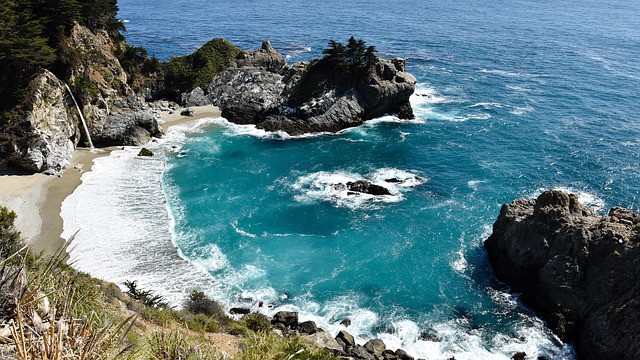 The park is well known for the soaring Redwoods located at the park, many of which exceed 300-feet in height. Although, there is one feature of this park that makes it stand out from the rest and makes it a must visit for everyone.

Located outside of Fresno, California, Kings Canyon National Park was established in 1940 and also neighbors Sequoia National Park. The park consists of over 450,000 acres of wilderness, including that of large soaring Redwoods. 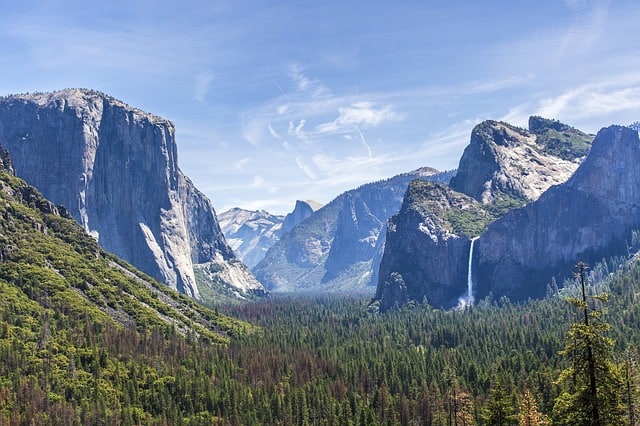 There are two major groves of the park which attract many tourists, one of which being the Grant Grove. This grove is known for the historical Redwoods including one by the name General Grant which happens to be the second-largest tree in the world.

The park is so large that some of the hiking trails require days to complete. Because of this, camping is allowed in parts of the park to allow visitors to explore the full beauty of the park. The park is also known for the deep canyon that runs through it, comparable to the Grand Canyon!

Sharing is Caring!  Pin this article to save for later. 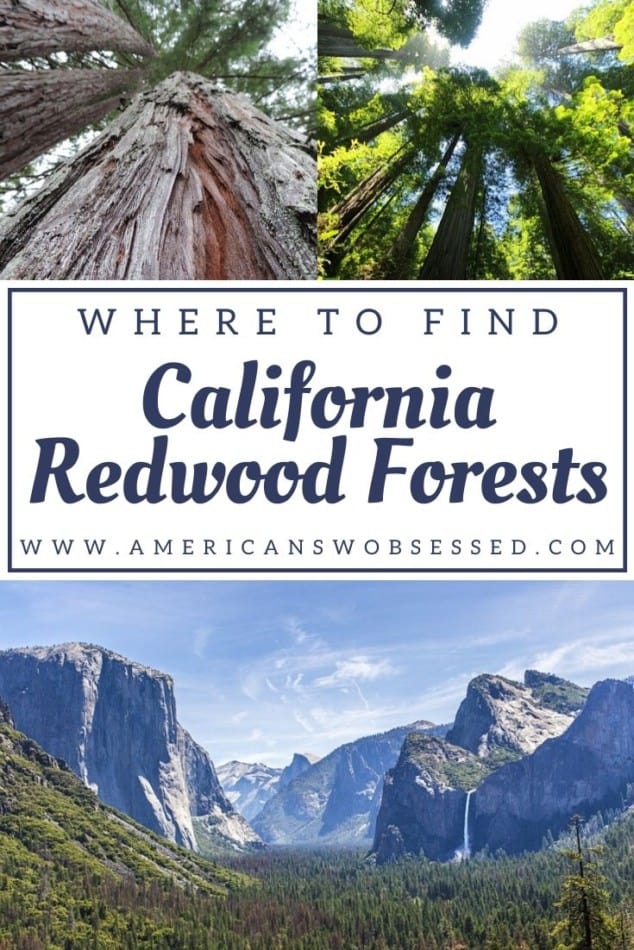 link to One Day in Vegas: How to Spend A Day in Las Vegas - What Not to Miss

One Day in Las Vegas Itinerary Vegas in One Day: Do you have a day in Vegas and wondering what to do? There are so many things to do in Vegas it can be overwhelming to figure out what to do in...

American Southwest Obsessed is a website to help people plan their trip in the Southwest USA. Covering travel to Arizona, Nevada, New Mexico, and Utah.

Thank you for supporting this website. I am an Amazon Associate and I earn a commission from Amazon for every purchase you make through one of my links – at no added cost to you. Thank you again.